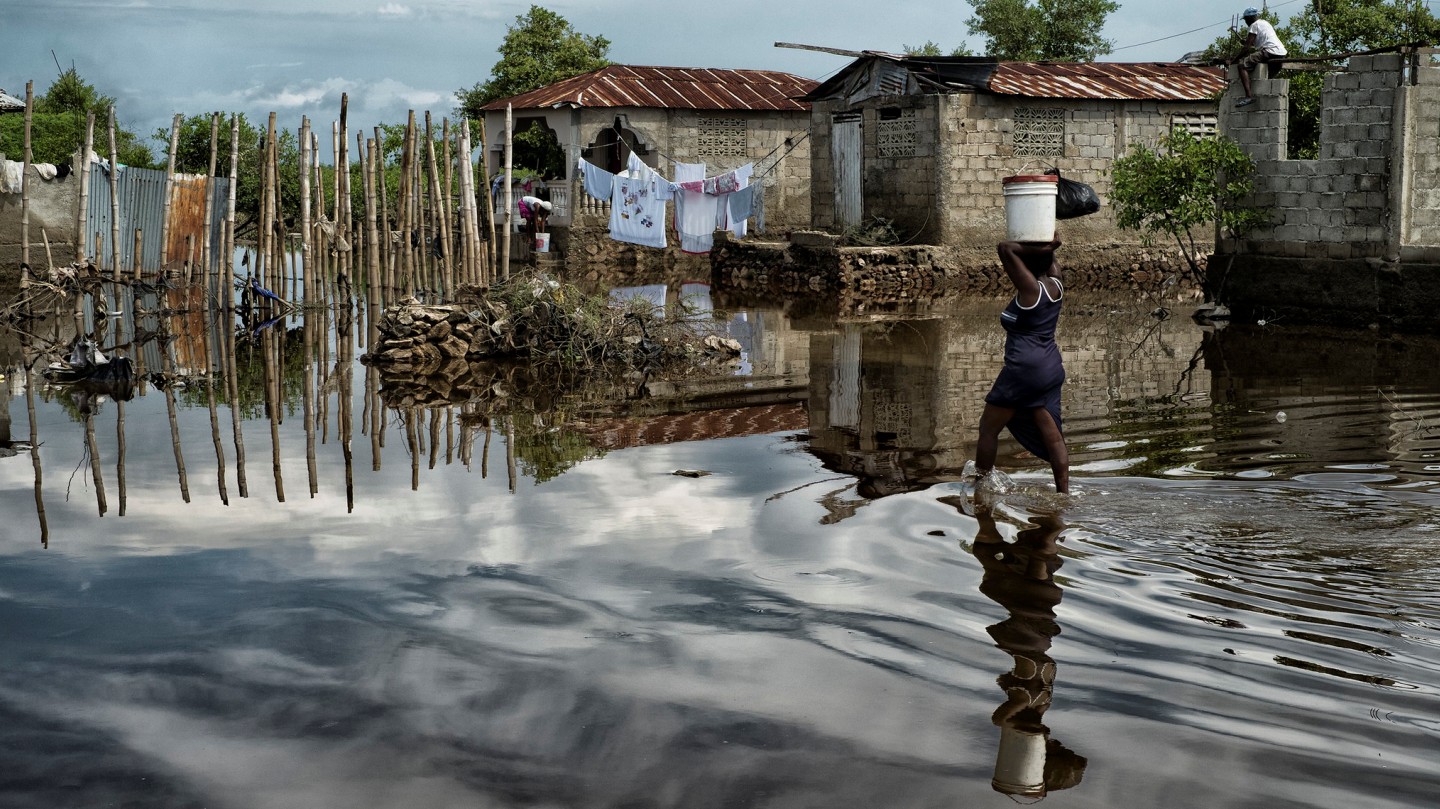 There has been long-term debate regarding Loss and Damage, particularly from vulnerable developing countries requiring policies, activities, and finance beyond adaptation and promotion for compensation towards the damages. However, developed countries have rejected any liability and wanted to keep it within the adaptation sphere (Calliari, Serdeczny, & Vanhala, 2020). The loss and damage as used in UN climate negotiations refer to “the consequences of climate change that go beyond what people can adapt to or when options exist, but the community doesn’t have the resources to access them”.

What was agreed about Climate ‘loss and damage’ in COP26 deal?

The loss and damage concerns were abandoned by richer countries such as the United States, the European Union, and other nations in the Glasgow Pact. This disappointed low-lying small island nations such as Marshall, Fiji, Antigua, and Barbuda for fear of losing much of their land to rising sea levels. Also, Guinea represented the developing-nation group was so distressed with the decision failing to avail funds for activities to avert, minimize and address loss and damage. Moreover, climate change has already caused and will increasingly cause loss and damage, and as temperatures rise, it poses an even greater social, economic, and environmental risk. Harjeet Singh, a senior advisor with Climate Action Network International, believed that the failure to put a fund in place to help poorer nations bear the costs means walking in inches instead of miles which are supposed to be.

Luckily, under the Intergovernmental Panel on Climate Change (IPCC) banner, the world’s leading scientists have again recommended the “loss and damage” situation with the latest, comprehensive climate science reports. Although it may seem something new, developing and vulnerable nations have longer requested financial support from developed nations to help fight damages and losses caused by climate change impacts. Despite the long-time misconception, countries will have a chance to establish a mechanism address this critical requirement at the coming COP27 summit in Egypt in November.

Important things to know about loss and damage:

Why should loss and damage be considered as liability and compensation issue?

Losses and damages caused by climate impacts lack support from developed countries because they don’t accept the legal liability or the compensation to vulnerable nations. In reality, developed nations should show unity and solidarity by providing finances to help the vulnerable countries that are highly affected and cannot bear the costs. This concern must be well addressed by negotiators at the COP27 to help already suffered communities with no financial support.

What are some examples of loss and damage?

Damages impact many locations, particularly washing out of places by floods resulting from sea-level rise, especially the low-lying islands. On the hand, long-term drought may interfere with productive land turning them unproductive even into deserts. Unfortunately, vulnerable communities feel the pain due to poor financial capacity and failure of adaptation efforts as some areas are prone to stresses beyond adaptation protection.

What is the difference between mitigation, adaptation and addressing loss and damage?

What actions has the international community taken to address loss and damage?

Although developing countries were committed to limiting global warming to 1.5 degrees C in the Paris Agreement, their success around loss and damage was still limited. Despite being included in the final Agreement, developed countries still urge loss and damage “do not involve or provide a basis for any liability or compensation”. In the recent COP26, a large coalition of climate-vulnerable countries brought the concern for creating a new finance facility for loss and damage. The proposal was not accepted by developed nations, encouraging the world to look ahead to COP27 to see what commitments will come out.

How much funding currently goes toward addressing loss and damage, and how much is needed?

The two components of loss and damage, averting and minimizing damages are addressed through adaptation and mitigation. The last component that address the loss and damage after catastrophes are yet agreed. However, some developed countries assume that the same concern is addressed through humanitarian aid, disaster risk management, and insurance but the funds don’t address the full scale and scope of the problem.

The IPCC WGII reports that a quarter of the Green Climate Fund’s approved projects explicitly refer to loss and damage and that 16% of projects have links to loss and damage. However, it is difficult to identify the amount of funding needed and available for loss and damage due to unclear definition makes loss and damage concerning adaptation. Though there’s limited about the scale of financing needed to address global losses and damages, researchers estimates that the economic costs in developing countries from damages that go beyond adaptation will increase from $116-435 billion in 2020 to $290-580 billion in 2030, and could reach between $1-1.8 trillion by 2050.At the COP26, climate summit in Glasgow, Scotland and Belgium for the first time committed to funds £2 million (around $2.6 million) and EUR 1 million (around $1.1 million) to tackle this issue. Although these contributions are relatively small amounts, they were warmly welcomed by vulnerable countries recognizing them as a way to seed the ground for countries to provide more funding going forward.

How could this funding directly help people facing losses and damages from climate change?

Funding for loss and damage must address affected communities directly. It can be through different activities such as providing them with weather-index crop assurance, rebuilding back, and humanitarian assistance after disasters occurrences. Additionally, the fund can help relocate people following the possibility of total displacement. Also, provide skills diversification when their usual livelihoods are replaced by disasters.

The last IPCC report clearly stated that climate impacts have already caused devastating effects, particularly in Africa, where crop productivity has shrunk by a third since the 1960s resulting from climate change effects. It is expected that at the next summit, COP27 developed nations will show collaboration with financial support to vulnerable countries to address the losses and damages that threaten today and future generation.

For more information see the below;